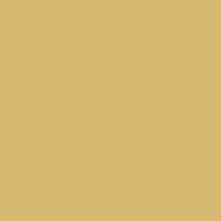 What VCs Are Recommending To Startups: Know Your LPs, Remain Default Alive, Consider Debt And Focus On Profitability 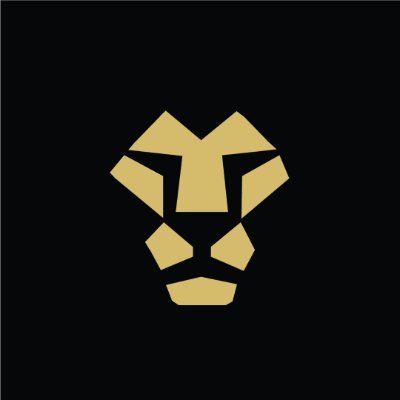 We recently organised a virtual event featuring VCs from multiple regions on what they saw happening in the current fundraising environment.

We covered a ton of practical advice for founders in the middle of the startup world. Specifically:

View the event here: The Founder's Series | The VC Fundraising Guide for 2022 | Jeeves

‍Note: Are you a startup in need of financial support? We’re currently offering credit cards, Jeeves Growth and Jeeves working capital. Reach out to learn more about how we can help you.‍

The current market situation: what are the VCs seeing?

Nine months ago, valuations were super high and companies left, right and centre were getting funded.

In Q1 of 2022, we saw our first quarter of negative growth, inflation rose to 8% and the fundraising market started to slow down. In Q2, we saw a massive round of layoffs.

What are the different VCs seeing in their respective markets?

Matt (Ripple Ventures) explains that Canada seems to be slow to react whether they’re in a bull or bear market, which means that the consequences are often less severe than in other markets. Nine months ago, they broke records in terms of the number of financing deals going through — specifically $14 billion across 720 deals, mostly in late-stage companies like Wealthsimple and Twilio.

In Q1 of 2022, everything changed, with more people looking toward alternative forms of financing.

In Q1 of 2022, he started seeing late-stage US markets drying up. However, he hasn’t seen a change in earlier-stage startups. He explains that startups that are at series A and B seem to be on pause, since people don’t know how to price things and are waiting for the bottom.

Adriana (Clocktower Ventures) explains that last year was a great year for Latam. In 2019, the continent was mostly overlooked, but in 2021 it started booming. Covid-19 turned out to be a catalyst, with VCs deploying money at astounding numbers. At one point, Latam startups raising money at the seed stage were matching the ones in the US. However, that’s not a good thing for a region with different risk rewards and exits.

Latam startups were usually valued at a 50% discount compared with the US – but in 2021, they were often higher than in the US. In 2022, things have slowed down, and Adriana says it’s healthy. There are more people thinking about the real fundamentals, and the “tourist investors” are leaving. Adriana is more worried about startups with large cap tables that won’t be able to meet expectations.

Akash (Earlybird VC) says there is a bit of lag in terms of the fundraising scene in the UK and Europe. So far, more funds are being raised than ever. However, more capital is being reallocated to earlier stages.

Compared to other regions, the European ecosystem likes to support and champion startups. For example, France is still offering grants and support to early-stage startups.

Across Europe, Akash says seed and series A funding is still robust, and cross-border investments are still happening. So far in 2022, Europe is the only place that hasn’t seen a huge downturn, but that doesn’t mean founders shouldn’t be thinking about runway.

Based on the market conditions, here are some tips the four VCs offer to founders on managing startups:

VC recommendations to founders and startups

Know who your LPs are

In the current ecosystem, LPs are essential – which means it’s more important than ever that you don’t ignore them.

When considering a raise, don’t forget the opportunity cost that LPs currently face. Many LPs are currently financially overweight and may prefer doing co-investments.

LPs with newer funds will have the added pressure and higher expectations to prove themselves – which is why it’s worth reaching out to them and making sure you align on expectations.

James also adds: are you sure that your LPs have the money they say they do? There is a (scary) universe where those funds no longer exist. To minimise that risk, it’s worth reaching out to them to make sure you know who they are, where the money is from and whether they will stick around.

However, that doesn’t mean you should immediately reach for the phone and grill them on these details. Adriana says that you should ask questions subtly, in an indirect way. Some questions you can ask without being too direct are:

It’s especially worth asking those questions if it’s a new fund. As Akash says, there are a lot of new funds that were set up in last year’s bull round, which are now having difficulties raising a second round. Now is the time to work with people who are looking to double down on relationships and have a long track record.

Focus on a longer runway and healthy pipeline

Matt says startups should focus on making sure their pipeline is healthy and that they’re on course to hit their targets. Specifically, he mentions tracking your pipeline coverage ratio. He also recommends cutting extra burn that is not delivering ROI, including all that experimentation – what he calls “throwing spaghetti at the wall and seeing what sticks”.

James recommends going line by line through each company in your pipeline and being intellectually honest: are these decent prospects? A lot of companies have frozen IT budgets, so you want to make sure you have high-quality prospects.

He also recommends thinking about messaging and positioning, and adapting to the new market. For example, instead of positioning yourself as a growth product, it might make more sense to position yourself as a product that helps cut costs.

Most of all, he recommends focusing on remaining default alive. As Matt says, “flat is the new up”. He’s seeing negotiations on the term sheets and recommends that if you have debt availability, pull down what you have.

On his side, Akash reiterates the importance of focusing on top customers, those that are the most profitable. He recommends reducing high tax salaries, removing low performers on the team and focusing on managing your burn.

Learn how virtual business credit cards and cash back credit cards can help control costs and cut your burn rate.

A founder’s worst nightmare is having to do a down round.

So what’s a good alternative to a down round that doesn’t involve raising more money? Debt.

In general, accessing debt can be a pain for startups. As James says, you often need a finance team in place and all the right documentation to access it the traditional way. Adriana says that in regions like Latam, traditional providers are slow to underwrite with terms incredibly stringent and rates high.

However, there are more providers that specialise in helping startups with debt – such as Jeeves Growth and Jeeves working capital.

James explains that if you have debt available, then draw it. And if you don’t have any, make sure to get it as cost-effectively as possible. Your best bet is working with a nimble debt player who can wire quickly and understands the startup world.

Discover how to pick the best business credit card for startups.

Matt credits his business success to adopting the mindset of “never being able to raise”. It’s ingrained in his DNA, forcing him to build a viable business and be profitable.

In this market, leading with your heart can get tricky. It’s important to remain level-headed, and be aware of external impacts. In a super-connected world, it would be foolish to believe that certain events — such as the Russian - Ukraine war — won’t impact you. Be prepared for the worst.

Akash says that times like these help separate the quality companies from the rest — the cream of the crop and the rest. Good companies will still be funded. As Matt says, “never let a good recession go to waste”.

James does believe that capital will continue to concentrate on the early stages, which is why it’s important to focus on unit economics. At the end of the day, a good company will always be funded.

Interested in Jeeves Capital for your business?
Access founder-friendly financing in the currency of your choice.
Learn More

Want to see more articles like this? Subscribe to stay in the loop!
Access founder-friendly financing in the currency of your choice.
Thank you! Your submission has been received!
Oops! Something went wrong while submitting the form.